In recent years, the ketogenic diet has grown in popularity, with millions of people interested in the metabolic benefits it can provide. Transitioning from a high-carb diet to a low-carb lifestyle, on the other hand, might be difficult for many people.So lets answer the question,does toasting bread reduce calories?

Bread is a cherished and adaptable comfort dish that is a mainstay in most families. Bread is, understandably, a staple that many well-intentioned keto dieters find difficult to give up. 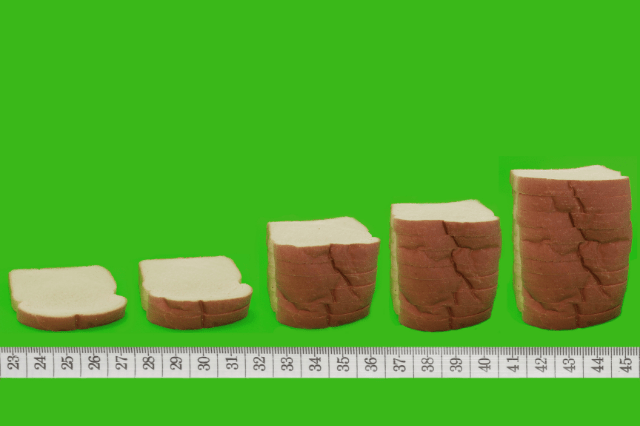 Of course, there’s a lot of misinformation regarding carbs and keto on the internet. One popular theory is that toasting bread reduces carbohydrate content, making it more suitable for low-carb diets. Is this, however, effective? Is it true or is it just wishful thinking?

Simply told, toasting has little effect on the nutrients and macros in white bread, yet there is one benefit to toasting. Toasted white bread has a lower GI, and freezing the bread before toasting lowers it even more, allowing the carbohydrates to have a more moderate effect on blood sugar and insulin production.

Because insulin inhibits ketone synthesis, toasted bread is somewhat better than untoasted white bread – but it has no effect on your carb intake.

In practise, how much of a difference does this make? Is it any better to eat bread on a keto diet once in a while? Let’s dig a little more into the health benefits of toasting bread to see if it’s a good ketogenic diet plan. 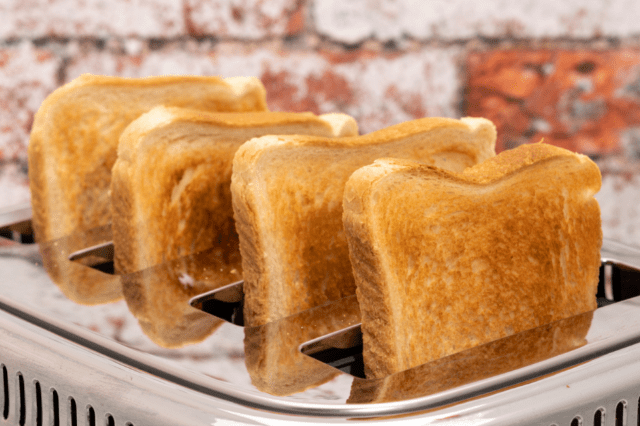 What Effect Does Toasting Have on Bread’s Nutrients and Macros?

To learn more about the nutritional benefits of toasting bread, we must first understand what happens when bread is toasted.

When you toast your bread, it creates a chemical process that causes some molecules to split, eliminating water and making the bread considerably drier. The fundamental difference that occurs when bread is toasted is that part of the water is removed while the calories remain relatively unchanged.

Yes, you will see a calorie change if you burn your bread to a charred crisp, but who wants to eat that? 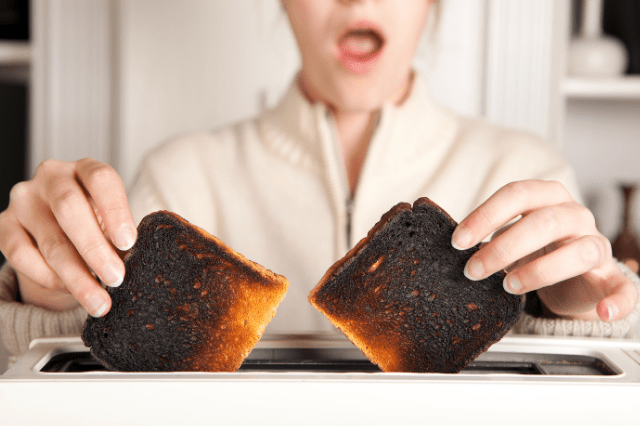 Does Toasting Reduce The Carbs?

Toasting bread, on the other hand, has just a minor impact on the carbohydrate content. Unfortunately, whether toasted or plain, bread is still something to avoid if you’re on a strict keto diet.

Even if you exceed your daily carb goals, you’ll still be kicked out of ketosis, so even a one-time splurge might undo all your hard work.

Toasted bread, on the other hand, can be a little more carb-friendly than plain white bread. Toasting bread lowers the glycaemic index (or GI), which means the carbohydrates take longer to digest.

Because starch is slightly more’resistant’ and difficult to digest, glucose is delivered into your system at a slower rate. While your insulin levels will still rise, suppressing critical ketone generation, the effect will be less extreme than when you consume untoasted bread. 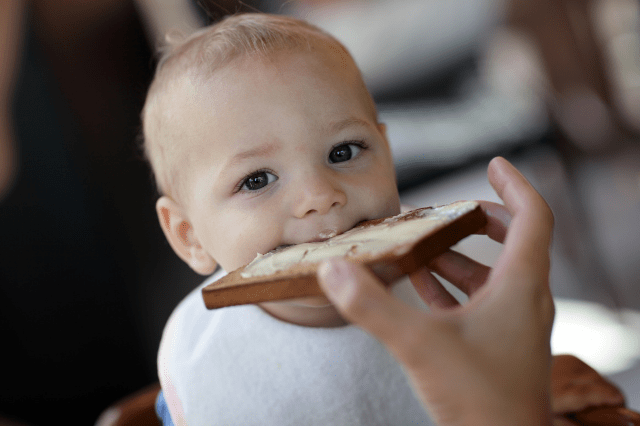 So, if you’re going to have a ‘cheat meal,’ or if you’re locked on lockdown with nothing else to eat, you might as well toast your indulgent slice of white bread. It won’t restore your hard-won ketosis, but I believe you’ll agree that any improvement is preferable to none in this circumstance.

There’s also a common ‘trick’ for lowering the glycaemic index of bread, which we’ll discuss in a minute.

Those with gluten intolerance, on the other hand, will have to forego wheat-based bread entirely. Toasting bread does not remove or even change the gluten content of the bread. 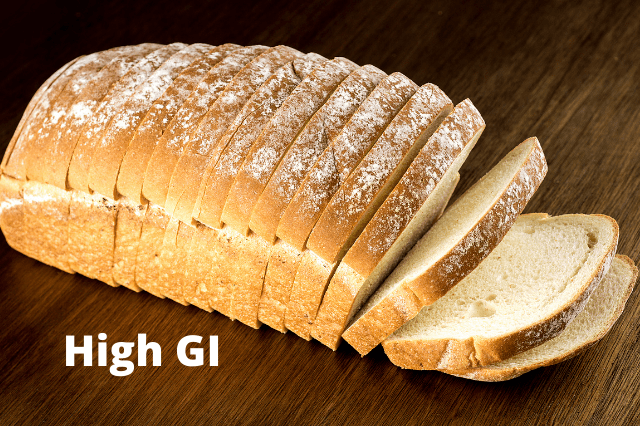 What Effect Does Freezing Have on Bread’s Nutrients and Macros?

Researchers observed that freezing white bread before eating it (after defrosting it, of course) lowers the glycaemic index by 31%, which is a rather substantial outcome.

Freezing the bread changes the molecular structure of starch to a form that is more difficult to digest, a more “resistant starch,” similar to toasting. The lower the glycaemic index, the slower your body absorbs glucose into your system.

For those who still want to have a slice of bread every now and then, a combination of freezing it, defrosting it, and toasting it before consumption appears to be the ideal option.

Going through the steps requires some time and dedication, so if you’re on a keto diet and want to cut your carbs to a bare minimum, you might be better off putting that effort elsewhere. 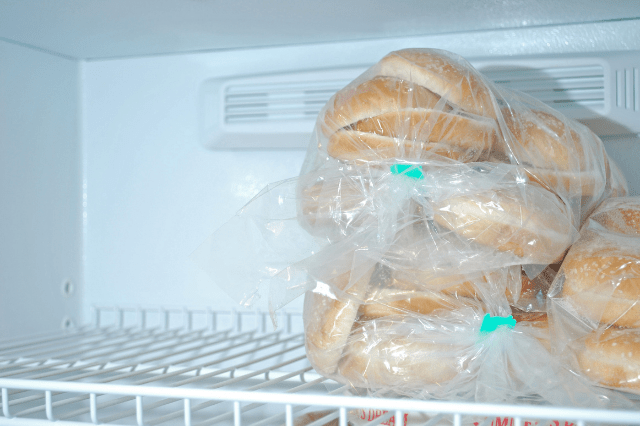 You can make a keto-friendly microwave bread or cloud bread in less time than it takes to freeze and toast a loaf, in addition to buying low carb bread.

It’s a good idea to keep a keto-friendly bread in your freezer for instances like this. You’ll be less tempted to buckle and eat a slice of white bread if you always have a keto substitute on hand.

The tests were carried out on white bread in all of these trials because it is by far the most widely consumed kind. Given that the level of resistant starches in brown or wholemeal bread is already higher, the jury is still out as to whether the same results apply.

However, whether your bread is white or wholemeal, it’s reasonable to anticipate that defrosting and toasting it will affect its glycemic index score.

While toasting bread lowers its glycemic index, which means it has a less dramatic effect on blood sugar and insulin levels, there are a few drawbacks to toasting bread.

Asparagine is an amino acid found naturally in starchy foods like bread. A chemical called acrylamide is generated when these foods are exposed to high cooking temperatures. 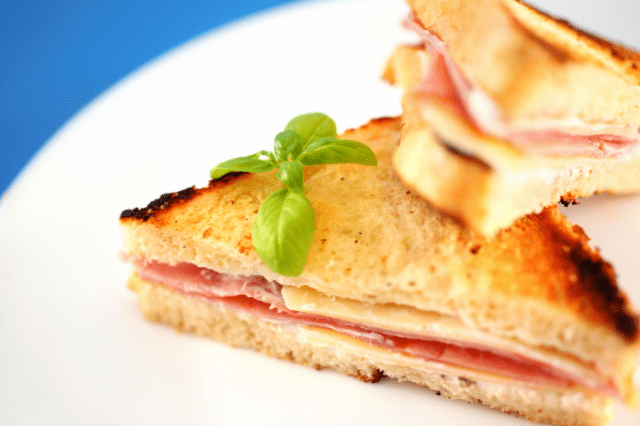 The more bread is toasted and the darker the colour, the more acrylamide is created – so if you’re trying to cut calories by burning your bread to a crisp, you’re regrettably increasing your acrylamide exposure.

Whether or not this is a cause for concern is a question of personal opinion; after all, plenty of individuals cook and brown their meals without hesitation. However, if you truly want to find the healthiest option, lightly toasting bread is your best bet.

When it comes to freezing and toasting your bread, it may lower the GI, but it comes with a health risk. This increase in resistant starch can make it harder on your digestive system if you have irritable bowel syndrome (IBS), which is characterised by bloating and gas after eating.

The more resistant starches are what give frozen bread its low-GI benefits, but they’re more difficult to digest for persons with IBS, resulting in the above-mentioned painful and potentially embarrassing symptoms. 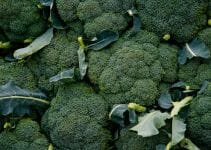 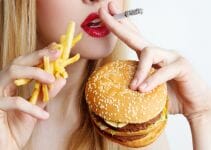 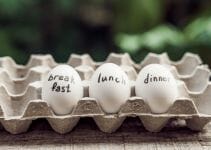